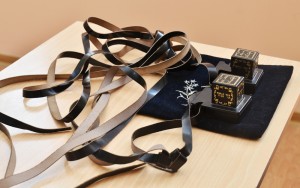 The Bar Mitzvah is an exciting coming-of-age ceremony that all Jewish boys partake in as soon as they turn thirteen. At this age, boys officially become an adult in the Jewish Community and are awarded responsibilities, such as wearing the tefillin, participating in the synagogue services, and observing Jewish law. This important milestone is often celebrated with a synagogue ceremony, followed by a party where guests come to watch the boy reaffirm his faith and offer gifts to commemorate him for all the hard work. It’s a very important and respected celebration with many key steps to remember.

To understand how the proper Bar Mitzvah ceremony and party works, we outline the key parts below.

After months of preparing, the child will participate in the Shabbat service. He will stand on his own in front of all his friends and family and read a passage from the Torah called the Aliyah. In many Jewish communities, the boy will also chant the Torah reading or a section called the Haftarah.

It is also customary for the boy to deliver a speech on the day of the Bar Mitzvah. Some will perform the speech in the synagogue and others will do so at the reception. The purpose of the speech is to have the boy share what he has learned from the Torah with others. It’s also when the boy will thank family and friends for joining him in celebration and announce his Bar Mitzvah project.

After the ceremony, a party will be held to celebrate the Rite of Passage. Most parties will take place directly after the synagogue ceremony and include a large spread with music, dancing, and entertainment. At the introduction of the party, the family will walk in front, followed by the boy. The boy will call up each of his family members so they can light a candle to be placed on his cake. Before the meal starts, the oldest person recites the Ha-motzi – a traditional prayer and blessing on the boy and family, which is followed by the boy sharing bread with his closest relatives. After dinner, the boy will perform a special dance with his mother, an affectionate moment between the two.

The main event is when everyone gets up to dance. Everyone will perform the Hora, where the boy will be raised up high on a chair as the guests surround him in a circle and dance around him. It’s an energetic and fast-paced dance that is very traditional.

Customarily, the parents will make a toast to honour the child, either before or after the Hora. At this time, they will thank the guests for coming and sharing this milestone with their child.

Gifts will also be given to the boy from all the guests. Typical gifts include gift certificates, money, and also religious items and books from the Jewish culture. And the grandparents or parents will purchase the first set of tefillin for the boy.

If you’re looking for the perfect event space or Bart Mitzvah planner in the Ottawa area contact us at St. Elias Centre today!